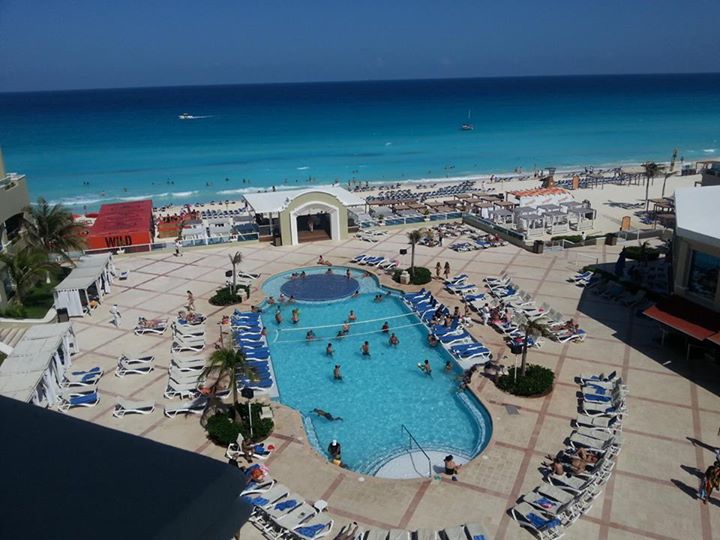 Everyone had a fantastic time!! it was honestly a great vacation.  I will list some pros and cons of the property for you:

Check in:
Check in was okay. I think that it could have been better in terms of timeliness, but from reviews on Trip Advisor, I expected worse. They greet you with pink champagne which was a nice touch. We were not pressured to upgrade our room, which was also very nice.  We did ask if upgrades were available, however it didn’t seem like there was much available for us, so we just kept our same room. When we arrived, our room was not ready (but it was not check in time, so I expected that).  We went back about 10 min before the official check in time and a room was available.

Room:
Our room was great!  It was on the 5th floor- corner room so I think that it was a little bigger than some of the others.  We did overlook the rooftop; but it didn’t bother us since if you looked down, you saw the rooftop and then a little of the pool to the left side. BUT, if you looked out in front of you all you saw all ocean!  So I thought that was great and I was very pleased with our room.
The rooms have strong AC, which was awesome.  The room was always nice and cool for us.  Sand seems to be a problem (as I can imagine). However each day it would have been nice to try to sweep up some of it since it just seemed to be everywhere!  But once again, nothing that was totally troublesome.

Pool:
I never actually sat outside in the pool area for adults.  It looked awesome, but we spent most of our time on the beach.  They did have bingo and other things going on which was nice.  I did swim in the kids pool area one day because we were hanging out with the kids….I have to say that it was really nice. The noise of kids didn’t bother me at all.  (I do have a child though!) It also seemed like the hotel was not busy because there were always TONS of chairs either by the pool or ocean that were open.

Ocean:
Awesome, what can I say?  The service outside by the ocean was awesome.  Daniel, was just fantastic and always kept everyone happy!!

Food:
24 hr buffet-eh, I had something from there one night because I was hungry and it was okay.  I would not eat much there other than the nachos just because I wasn’t sure how long it was sitting out there.
Il Pestatore-AWESOME food and great service.  I loved that place.  We got a reservation for the date and time that we requested it, and it was so yummy!
The buffets at both the other places were okay. I can see where some people didn’t like items because they were more authentic, but, hello….you’re in a different country! We always seemed to find something that we wanted to eat.  I would say the food was okay, but not great.  I don’t mean that in a bad way, but it was just so-so to me.  Clearly, I had no issues eating it though!
Sunsets-that place was nice, had a good atmosphere and the food seemed to be a little better.
All in all, I thought it was fine and pretty much what I expected.

Drinks:
Yeah, they have to water those down.  I saw how much alcohol they put in drinks and there was no way that they were that strong.  I didn’t mind it at all, because since you are drinking all day, I never seemed to get too buzzed during the day, which I thought was awesome!  I mean who wants to be drunk that they can’t enjoy the night too?!
The drinks seemed to be stronger at night though.  The tap beer was never very cold which was a bummer….I think that could have been much colder. All the fun fruity drinks were awesome!
I did bring my own mug/cup with a straw, and that was a great idea.  Bigger drinks and it was nice to not have to use all the cups.  I do think they recycle some of the cups though(meaning giving them out again….)  I never really saw them throw them in the “trash”.  Once again, I’m not too picky….strange though.

All in all, I thought it was a great trip!  I don’t know if I would go back….not because I didn’t like it, but just because if I ever went to Cancun again, I would want to try another place.  Too many places to go to-to repeat vacations!

If there are any other specific questions you have, let me know and I would be happy to help!
Oh, we went to downtown one day to walk around, and that was an experience.  We also went to Isla Murjes one day, and that was really awesome…so I reccommend!. 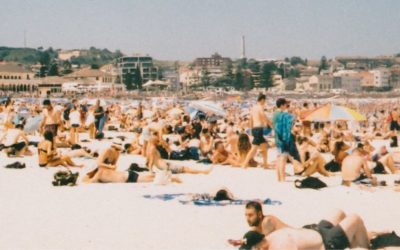 May 25, 2018 Adventure, All - Vacation Inspiration, All Inclusive, Cancun, Mexico, Sonia