In 1532 the Spaniards led by Francisco Pizarro conquered the Inca Empire. In 2018 a small group of friends from Minnesota captured it again, or we could say that it captured us.

For many years the Inca civilization with their amazing ingenuity and progressive thinking, lived and ruled a great portion of South America and the Andes in what is now Peru.   How were they able to create the incredible way of life they had from farming terraced mountain sides, creating aqueducts to bring water to crops, building storage bins for containing their harvests, moving huge stones to create monuments to their gods and fortresses from their enemies, understanding and using celestial references for guidance to planting and harvesting, these questions and the mystery of what happened to this incredible civilization have long held a fascination for me and some of my friends. This put a visit to Machu Picchu at the top of our bucket list

After realizing that the longer you put off this trip that you want to make, the more difficult it gets on your body, we decided that now was the time to go. With the superior help and guidance from Laurie Johnsrud at Travel Leaders here in Rochester, the trip was planned, a tour company selected (Quasar Tours), an itinerary created, airline tickets purchased, and the trip finalized. Choosing the right time of year to go to Machu Picchu is important. We selected the end of April and first part of May. The seasons are opposite to here in North America and so what was just beginning to be Spring here in Minnesota was the beginning of Autumn in Peru. The rainy season had ended, temperatures were in the 60s to 70s most of the time, so a light jacket was only needed in the evening or early morning. 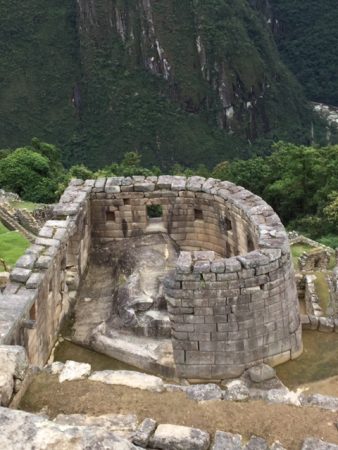 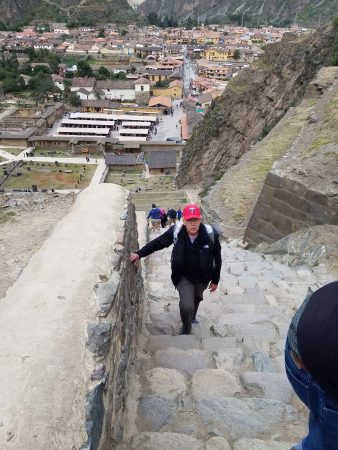 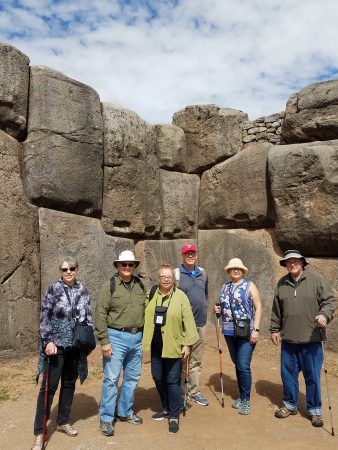 Our guides were excellent and met us at every entry to a new city whether we traveled by plane, bus, or train. Each day they accompanied us to see the ruins and artifacts in areas which were part of the Inca Empire as well as to show us how the Peruvians of today live and work in these areas. The guides spoke excellent English; so learning about Peru, the Inca civilization, the history of the areas we saw, explaining who had built the vast Empire, how they survived and prospered was interesting to learn. A surprise for us was that Machu Picchu which means “old mountain” took more than 90 years to complete and was most likely only used by the Emperor for a few weeks each summer as an escape from the heat of the city. Most of the Incas lived in Cusco and the Sacred Valley which are still thriving today.

Cusco is a busy city where you see museums and cathedrals created by the Incas. As you tour Cusco you notice that the Spanish influence is strong, but the Incas were very clever and added touches of their lives to buildings and art work to make them their own. Auguas Calientes is the city at the foot of Machu Picchu, there you will find many shops with llama and alpaca clothing created by the local people. There are also many beautiful sculptures on the walls along the streets that tell the history and culture of the Inca civilization. We visited a family who do salt mining. Another shop where silver is worked and beautiful jewelry created. And another where alpaca is washed dyed and made into beautiful clothing. Our visit included a trip to Lake Titicaca with its floating islands which must be rebuilt every 20 days since the reeds used to create them rot away. The families who live on these floating islands have been doing this for over 400 years. We also visited Kenko, where a surgery and embalming area had been carved from a single monolithic stone. We were told that some of the Inca structures were destroyed by the Spaniards because they believed that with the size of some the stones (as large as 50 tons) only the devil could have done this and not a mere man.

Altitude is an issue for tourists, so you are constantly reminded to drink plenty of water, drink cocoa tea, eat cocoa leaves, and take your time. I was the only one who really got sick, but once you come down the mountain, you are almost instantly feeling better. Over 3,000 varieties of potatoes are grown in Peru so you will have some type of potato with every meal. Peru proudly produces over 90% of the countries food supply so they import very little.

The Inca influence is still strong today in all of Peru and visiting it will only make you more amazed and intrigued by what was accomplished so many years ago. 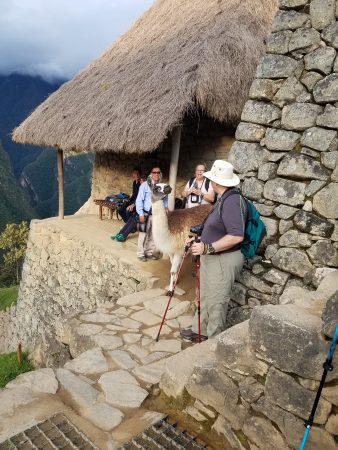 Leisure & Corporate Travel Specialist at Travel Leaders (Rochester Office)
I specialize in travel to: Disney (All products), Islands of Hawaii, Mexico, Princess Cruises and Royal Caribbean. Learn more about me and view my contact information► 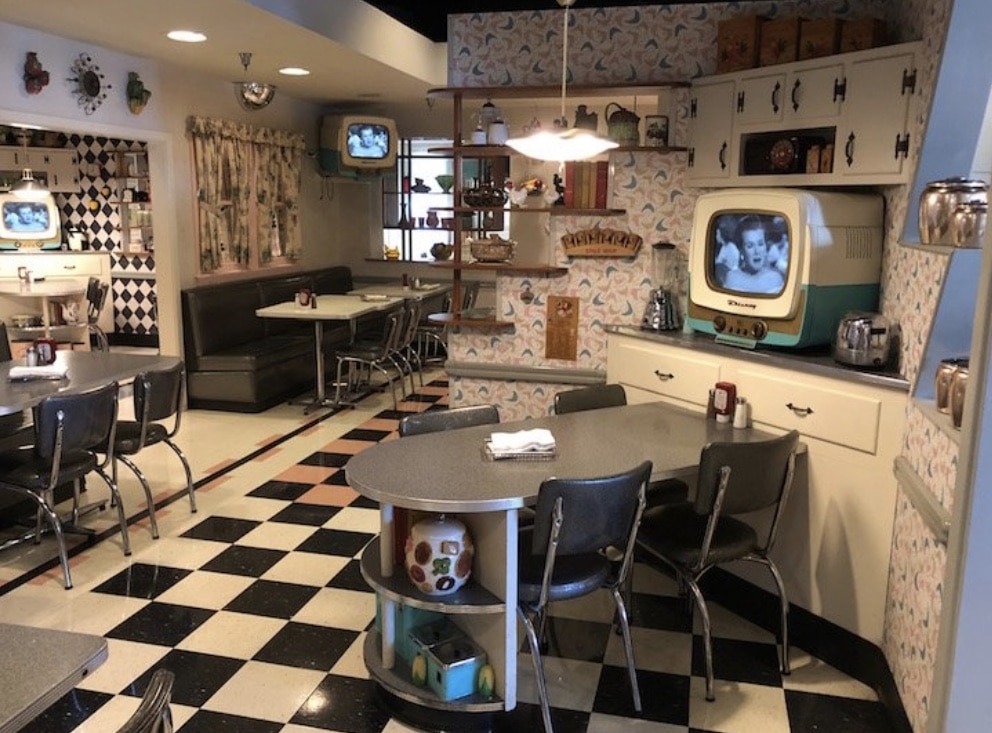 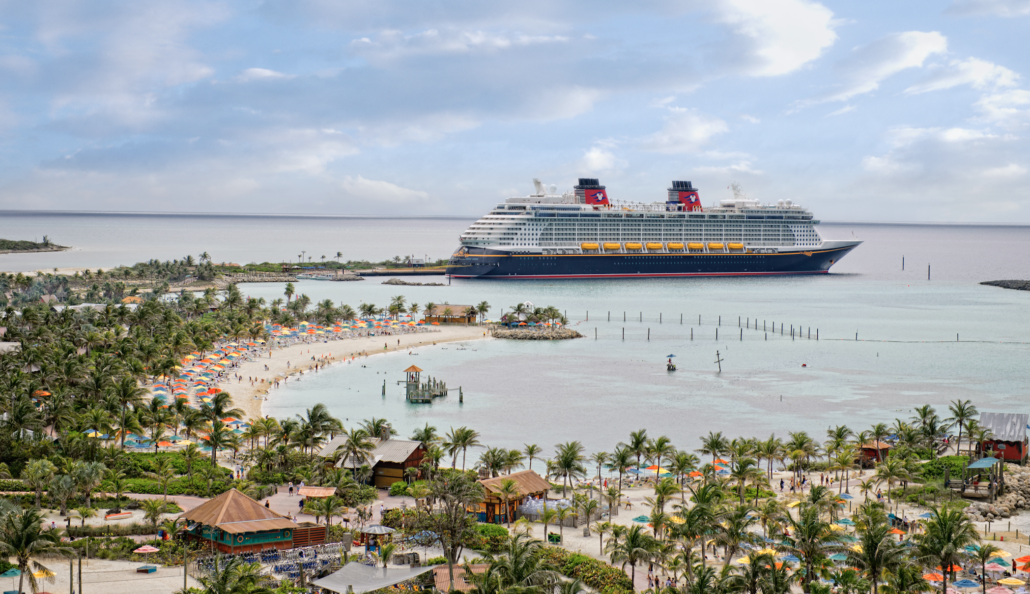 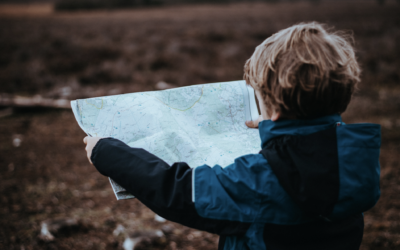 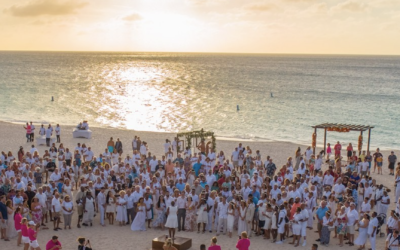 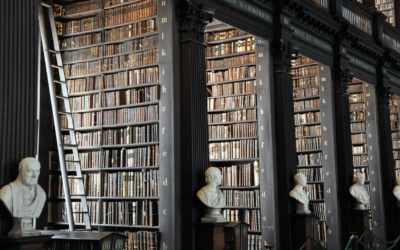