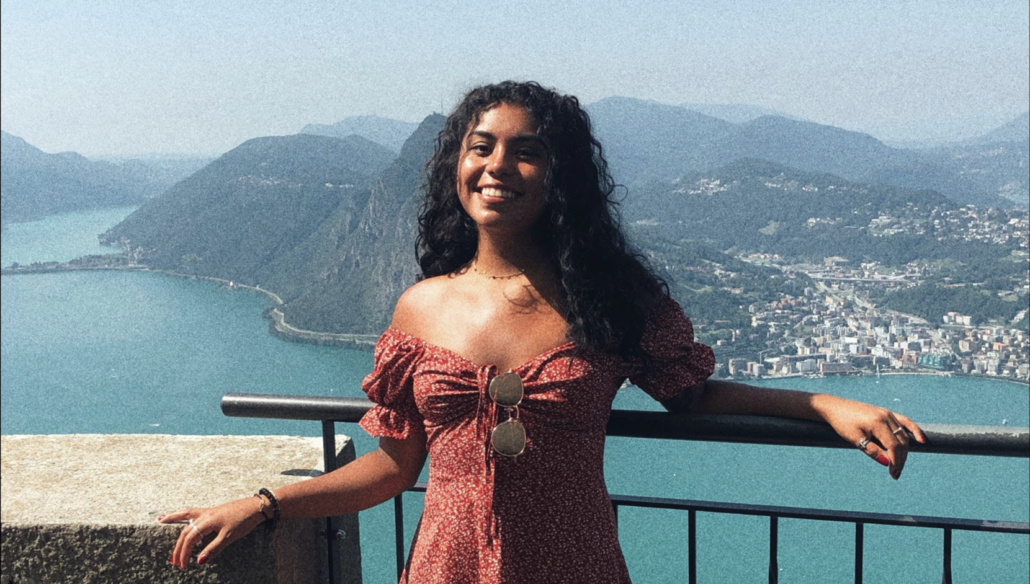 My relationship with Switzerland all started when I met my Swiss boyfriend. I was teaching English in Spain at the time, and he was studying. I had to stay in Spain when the time came that he had to move back to Switzerland. Once he left all I could think about was visiting him.

Once my job at the school came to end, I had decided to spend the following summer in Switzerland. I had visited a few times before this move to Switzerland, but I was so excited to spend my summer days by the lake and take in the breathtaking views of the Swiss Alps.

That summer, I was living in the canton of Vaud (in the French speaking part which is also a reason I am learning French now) in the little town of Salavaux. The hills are covered in vineyards and the snow-top mountains are visible from pretty much anywhere. Because of where this little town was nestled, I was able to visit both Lake Geneva and Lake Neuchatel within just about a 15-minute bus ride or a 5-minute drive.

I also spent time in the beautiful canton of Ticino. My boyfriend’s family has a little cottage house just steps away from the stream in Valle Maggia, I was able to walk down to the stream and soak in the sun for hours. This valley is only minutes away from the gorgeous town of Locarno. Locarno hosts an annual film festival, and I was lucky enough to be able to partake in this festival! Locarno is such a lively town and has very Italian-like scenery. They speak Italian in this region. This little town is a little piece of Italy in Switzerland.

My travels also took me to Ascona and Lugano. Both being just a train ride away from Locarno. In Ascona I hopped on the tourist train, yes, an actual mini train that drives through the entire town of Ascona in less than an hour. You get an aerial view of Ascona. Next summer I plan to visit the botanical Brissago Islands.

In Lugano I went up to the top of Monte Bre and had a very scenic lunch. We were able to snag one of the best tables at the mountain-top restaurant (with my boyfriend’s tip). We were enamored by breathtaking views of the beautiful town of and its mountainous surroundings.

After this amazing summer, we came back to Minnesota and spent the fall season here visiting my friends and family. Once Fall was over, it was time to head back to Switzerland! We left the US on Christmas Eve and made it in time to celebrate the Swiss Christmas day on December 26 with his family. We made our way into the Swiss Alps where the family “chateau” is located and celebrated in style. 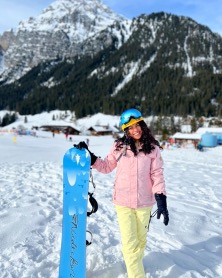 I was able to experience a Swiss Christmas that included snowboarding for my first time ever! I was lucky to have my first snowboarding experience be in the beautiful mountains of Switzerland (of course on the smaller slopes). After spending a few days there, we were off to celebrate New Years in Paris. That experience will be for another blog post.

After we came back, everyone was back home in Salavaux and for the month of January we were spending time with his friends and made a visit to Lucerne and Zurich. In Lucerne, we got to see the towns light show, they were showing short videos on the sides of buildings, and one happened to be on the Chapel Bridge.

We also often visited Morat (French) or Murten (German). This little town also had a light show and although it is a smaller town than Lucerne, their light show was spectacular. As a big fan of lights, myself, I adored this experience. My boyfriend and I were able to send off a lantern into Lake Murten which was amazing. I also got to enjoy my first mulled wine, which was delicious. It got me wondering … why Minnesotans aren’t drinking more hot wine on a cold winter’s night? It was honestly tastier than I had imagined!

Another fun experience in Murten was this little restaurant that offered a very special dining experience. There was a show projected onto your table. They bring out food between each mini shows. It was honestly one of the quirkiest dinners I’ve ever had. A truly unforgettable experience and I loved every minute of it!

In February we were off to the Swiss Alps again for another week. This time I was going to be prepared and had gotten some new gear (snow pants, jacket, and snowboarding gloves). We hired a snowboarding instructor, and I spent this week learning how to snowboard because at the end of the week were going off to La Tzoumaz with his friends on a ski trip and I was determined to keep up with them. Of course, this didn’t happen though because they had been skiing for 90% of their lives and I had only just learned how to snowboard that same week! Nevertheless, I had the best time, and I cannot wait to hit the slopes again next Winter!

After this eventful winter, we came back to the US in March after a short stop in Vegas and now were awaiting the next trip to Switzerland. I am so excited to go back to my second home!

I specialize in Adventure and Romance Travel. I would love to plan your next getaway.Learn more about me and view my contact information► 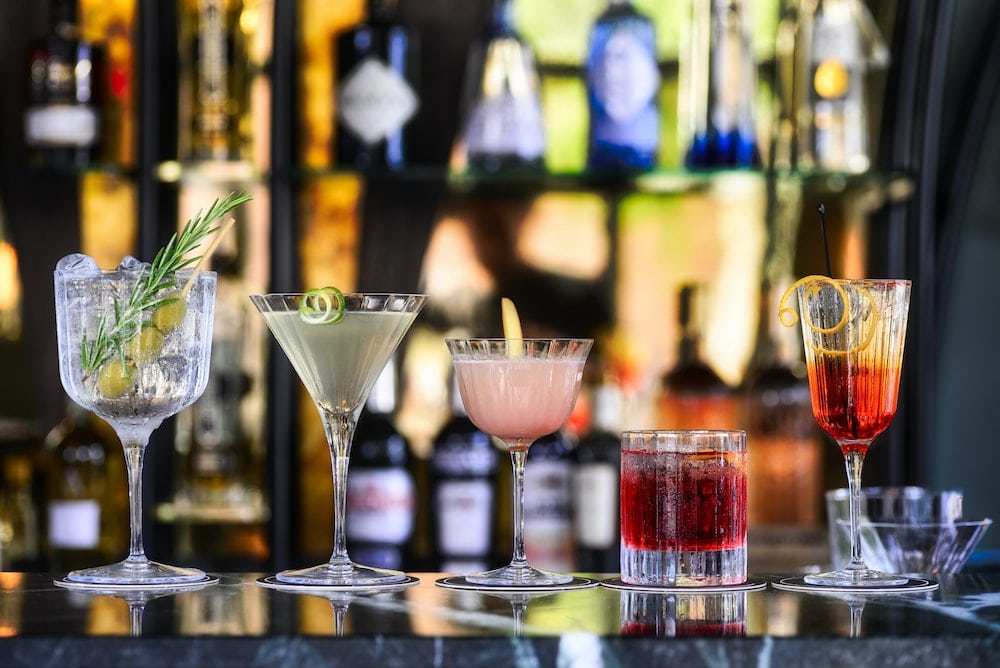 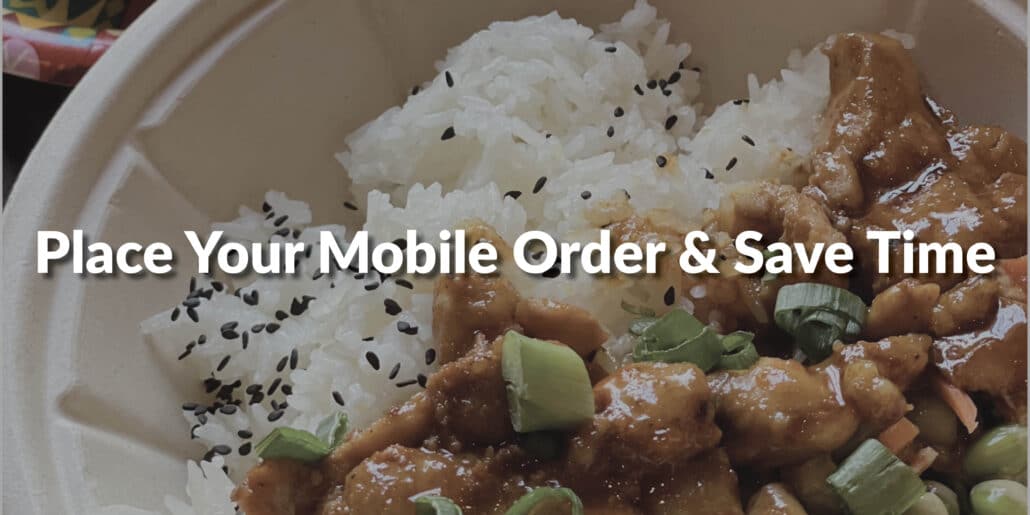 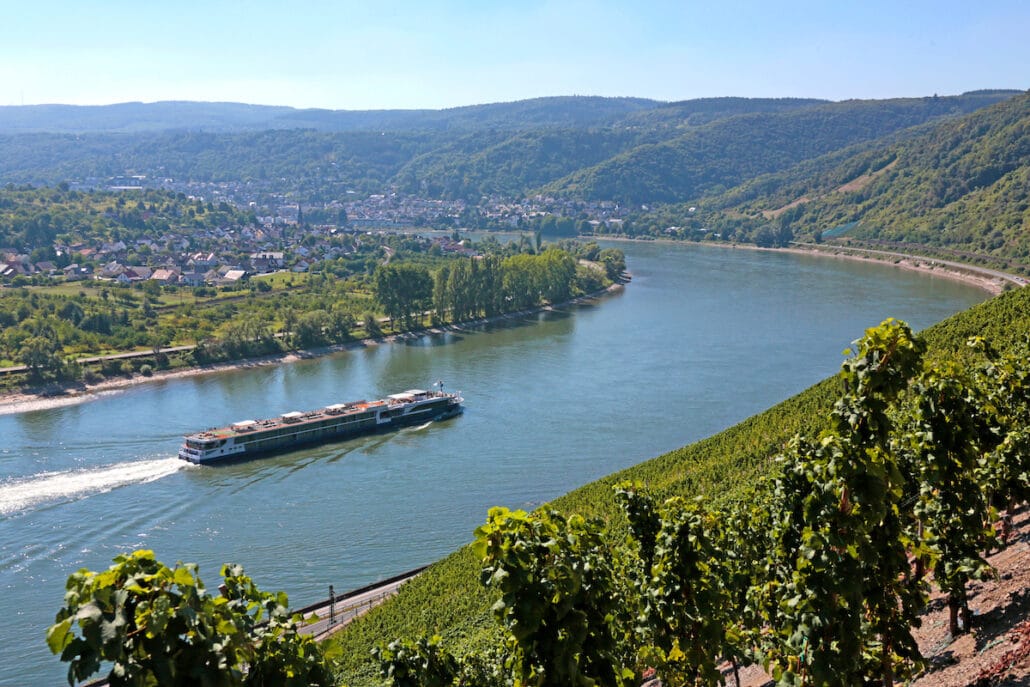 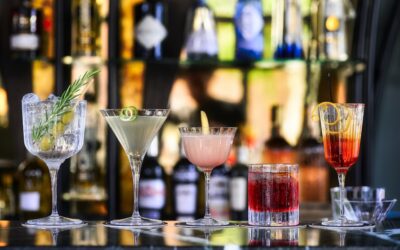 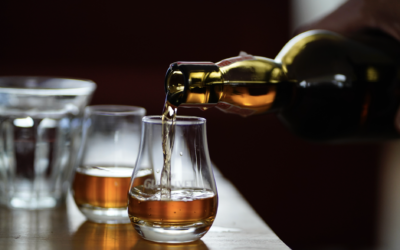 Whisky in Scotland … who’s in?